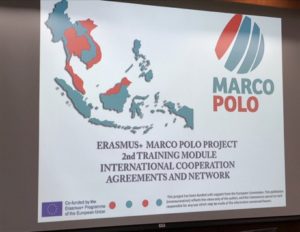 John Cleary and Katerina Strani from LINCS led the 2nd Training Module on International Cooperation Agreements and Networks, which is part of the Erasmus+ Marco Polo project (574027-EPP-1-2016-1-ES-EPPKA2-CBHE-JP), led by the University of Seville. The project includes 9 partners from Spain, the UK, Austria, Malaysia, Thailand and Vietnam, and seeks to strengthen International Cooperation amongst Higher Education Institutions by establishing new mechanisms to exchange experiences and good practices, providing training to HEI staff, creating a framework for mobility of students and staff, and fostering research abilities by creating international research groups.

The 2nd Training Module on International Cooperation Agreements and Networks took place on 21st – 25th August at Universiti Sains Malaysia, in Penang, Malaysia. The first day was spent presenting the participating institutions: the hosts, Universiti Sains Malaysia, the University of Malaya, Prince of Songkla University, Naresuan University, Hanoi University, PTIT and Heriot-Watt University. On the second day, John and Katerina led discussions on internationalisation in the Higher Education sector and what this means for individual institutions. Differences in conceptualisations, priorities and strategies already started to emerge. The day continued with an interactive workshop on international cooperation agreements and networks and a subsequent talk by Dr Khairul Anuar Che Azmi from the USM legal office. The workshops continued on template agreements, analysing risk and developing institutional strategies for network building and internationalisation. 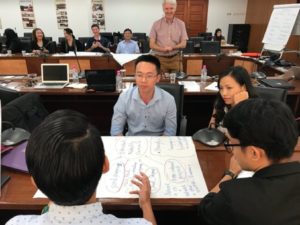 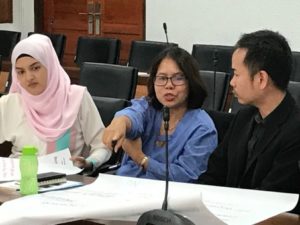 The third day continued with more workshops on teamwork and building trust in cross-cultural teams, as well as building and sustaining virtual networks using social media. 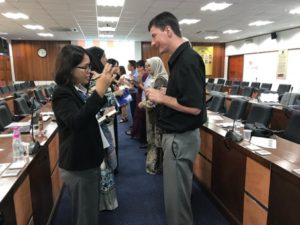 All delegates visited the impressive – to say the least – USM’s International Mobility and Collaboration Centre (IMCC).

Here’s how IMCC staff and ‘buddies’ welcomed the delegates:

The fourth day focused on discussion and reflections on the week’s activities and drew parallels between institutional strategies. It also focused on future collaborations and included meetings with USM Heads of Schools and Departments. We were particularly honoured to have had the opportunity to have a meeting with the Vice-Chancellor of USM Professor Datuk Dr. Asma Ismail and discuss with her the university’s vision, priorities and opportunities for collaboration. 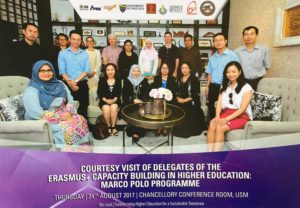 The final day continued the networking activities at a more informal basis and included a tour of Georgetown, the capital city of Penang. Georgetown is unique in its diversity and richness in culture, heritage, architecture and food. The oldest portion of the city centre is a UNESCO World Heritage Site. A blend of Chinese shophouses (“clan jetties”), Chinese temples, Hindu temples and Mosques Georgetown has also retained some colonial-style buildings, English street names and an Anglican church, St George’s (unsurprisingly). The Street of Harmony is testimony to the matchless diversity of the city. 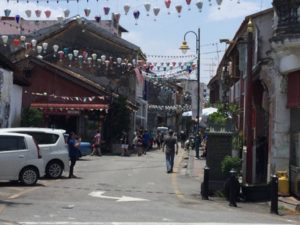 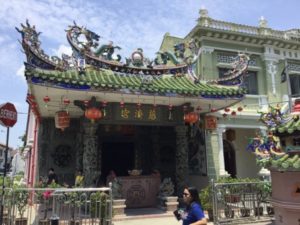 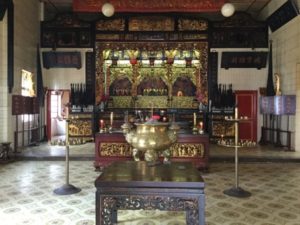 A promising project module that establishes important international networks could not have taken place in a better setting than unique Penang, in an unparalleled environment of rich cultural  heritage, tremendous hospitality an and mouthwatering food. 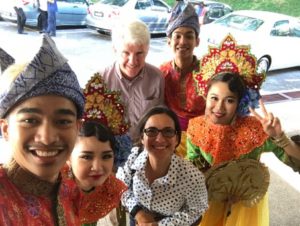 I had just broken my toe, was in agony, prescription drugs and chunky shoes but – who cares. It was my first SCIC universities conference in Brussels and I was buzzing. Two days of discussing new learning needs for interpreting students with one of the biggest clients on the market: the EU Commission. Bring it on.

Delegates from other EU Institutions were also present, as well as colleagues from universities worldwide. This year’s theme was “Modern Learning Times – New Learning Needs”.

We started with speeches by SCIC’s Head of Multilingualism and Interpreter Training Support Unit, Javier Hernandez Saseta, who spoke in Spanish. We then moved to Commissioner Kristalina Georgieva’s opening address. She spoke in Bulgarian and urged us to think about the interpreters of the future and how we can train them. Acting Director General of SCIC Carlos Alegria then also made an opening statement on the need of bridging the gap between interpreter training and professional needs. Everything was interpreted into English, French and Spanish by EU staff interpreters.

You would expect EU staff interpreters to be brilliant, and they were. The calmness and professionalism with which they rendered the most complex messages was unbelievable. They made a highly demanding and challenging cognitive task seem almost effortless and they were a pleasure to listen to. I was particularly happy to hear so many Irish accents in the English booth, and I swear I could hear a loud cheer when colleague Susan Folan from Galway spoke in Irish during one of the debates – or maybe it was just me.

The Young Interpreters’ Award – Leopoldo Costa Prize this year went to Monika Schneider, a student at the University of Germersheim who presented her winning piece “Modern Learning Times” in German.

Next, the Director of “Provision of Interpretation” of the Commission’s DG Interpretation Brian Fox presented the much-awaited ‘Trends in Interpretation’. According to the Council League Table 2015, the languages used mostly in interpretation slots are: FR, EN, DE, IT, ES. My own language, Greek (EL) came in 9th place.

Finally, Javier Hernandez Saseta presented an overview of SCIC support activities and reminded us that programmes should train for the broader market – something that LINCS has always been doing and is valued by students and graduates.

This year marked the 20th anniversary of the SCIC Universities Conference, so four (!) cakes were cut to mark the occasion:

A webcast of Day 1 can be found here.

Day 2 was more hands-on. We rolled up our sleeves and started with the e-learning think tank led by the Head of the e-learning sector at SCIC, Fernando Leitão. Today was all about “blended learning”, something that we have been practising for quite some time in LINCS with the combination of in-class and online learning activities, use of technology, podcasts etc. AND something on which we have published papers.

Marta Kakol presented one of the most popular learning resources, the Speech Repository. The Speech Repository is a fantastic resource that is now available to everyone for free. It consists of a multilingual speech bank that covers all EU official languages, as well as languages such as Turkish, Russian and Chinese (Mandarin). The speeches are categorised into levels from basic to very advanced and include test-type speeches for those interested in taking the EU test.  SCIC is working hard to expand this database so that it can be used even more widely. The Speech Repository also offers the possibility of users to record their own speeches and build their own private speech banks to manage their training and practice. A simple tutorial on how to use the functions of the Speech Repository can be found here.

Another resource that I always recommend to students is ORCIT. I was thrilled to meet a lead member of the ORCIT team, Matthew Perret, a high-calibre interpreter based in Berlin with whom I also share a passion for comedy. I must add, though, that, unlike me, he is actually brilliant at it.

Discussions on blended learning were followed by Head of Unit for Interpreter Training Alison Graves’ presentation on blended testing, which introduces more flexibility to the EU test (without making it any easier!).

Sarah Bordes from ISIT in Paris presented a university’s perspective and renowned interpreter trainer Michelle Hof (aka The Interpreter Diaries) presented a trainer’s perspective on blended learning. This theme continued with Pedagogigal Assistance Coordinator Cathy Pearson’s presentation of SCICTrain and its huge potential, and Kilian Seeber’s presentation of a blended learning project at the University of Geneva.

Olga Egorova from Astrakhan State University made us think about different types of blended learning, including the usefulness of translation training for interpreters. This helps to create ‘hybrid’ professionals with better skills who are more competitive in the international market. This is certainly the case in LINCS with the popular LINT programme (MA (Hons) Languages – Interpreting and Translating). I graduated from this programme myself in 2001, specialising in French and Russian. We now offer French, Spanish, German, BSL at undergraduate level, as well as Chinese and Arabic at postgraduate level.

Lastly, Alexandra Panagakou, Head of Professional Support for the Interpreters Unit, spoke about SCIC in-house training and the importance of interpreters as autonomous learners. It would have been great if she had spoken in Greek, as I selfishly wanted my language to be heard as well!

A webcast of Day 2 can be found here.